"Currently, I am studying at the San Francisco Conservatory of Music with the principal violist of the San Francisco Symphony. I was awarded the 2015 Max Aronoff Viola Institute's Thorbeck Scholarship and was a member of the Seattle Youth Symphony (2015-2016). Being part of a youth symphony in an area that didn't provide a lot of opportunities to perform classical music really allowed me to see how classical music could still be relevant part not only of our society and cultural heritage, but also as a means of personal expression and interpretation, which convinced me to pursue a career in music. I could not imagine myself in the position I am in today without having had the opportunity to play in the Treasure Coast Youth Symphony.

"All things considered, I'm very fond of TCYS, and the friends and memories made through the orchestra. My time spent was rewarding, educational and beautiful."

"TCYS was such an amazing program to be a part of during high school. I have just finished college (as an engineer) and I am still in appreciation of TCYS' level of professionalism, as well as the music I was exposed to over those few years. I was always motivated during college to continue to practice my instruments, and I actually had the opportunity to perform Rhapsody in Blue on the piano with one of the school bands last year. Not to insult our music program, but I would have much preferred performing with the TCYS! It's a one-of-a-kind group. Thanks to the directors and others who keep it running, and good luck at the next concert."

"I am studying violin performance at the New England Conservatory under Lucy Chapman and Paul Biss. During the year, I give recitals at various venues in Boston and Florida. This past summer, I participated in the International Institute for Conductors in Vidin, Bulgaria as a soloist where I workshopped and performed Prokofiev’s 2nd Violin Concerto and the Dvorak Violin Concerto.

The Youth Symphony gave me an opportunity to make music with like-minded friends and explore orchestral repertoire in a serious and supportive environment. I learned what makes a good leader and was able to foster lifelong friendships with my fellow musicians. All three of the conductors treated the students with respect and kindness and served as inspiring role models to us. The Youth Symphony also gave me my first experience of soloing with an orchestra which led me to discover my love of performing and guided my career choices."

I am currently attending GCBI for a year and taking that time to focus on God and music to prepare for college next year.  I am planning on attending Southeastern University in the Fall of 2020 where I will be studying Music Performance and Music Education.  TCYS really pushed me in my music while I was there and I never thought I would be playing the cello at the level that I am.  The music we performed while I was in the orchestra was amazing and I will never forget this step in my musical journey.

"TCYS allowed me the rare opportunity to experience orchestral playing from a young age. This experience helped me to further develop in college as an orchestral tuba player."

The University of Texas at Austin - Butler School of Music, Master of Music (oboe performance)

"My time in TCYS was formative for me as a musician and a person, fostering my love for orchestral music and setting me up for my career in music scholarship and performance.  And it was really fun!

I received my PhD in music theory and cognition at the Ohio State University.  My research is in music science -- in addition to working in traditional music theory, I also design and run psychological studies to better understand our relationship to music.  My dissertation focuses on the perception of musical timbre, or the characteristic sound qualities of musical instruments. Topics for some of my other research projects in the works include absolute pitch, oboe performance practice, 16th and 17th century music, Schoenberg's concept of Klangfarbenmelodie, emotion in music and dance, and pop music."

"One semester in and I have already played two of the pieces with my college symphony orchestra that I played during my time in TCYS!  This orchestra prepared me to play music at a high level and exposed me to some incredible pieces that I'm sure I will play again some day."

"I loved the Youth Symphony! The Enyart family (Dr. John, Ben) and Mr. Servinsky were integral parts of my musical education. Even though most of the literature was beyond my skills on the violin, the exposure to real scores was an amazing experience and I would recommend anyone with children who are taking lessons on any instrument participate in this exceptional organization. Thanks again! Mike

"Our family moved to Hong Kong in 2014. Claire graduated from Hong Kong International School where she played in the band and orchestra. She was chosen for Asia Pacific Honor Band in Shanghai. She will attend The University of Notre Dame in the fall where she will continue to play." 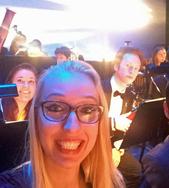 Bachelor of Music / Master of Arts in Music

"Youth Symphony changed my life. It opened up a whole new world. I found myself in the presence of amazing mentors and in friendships I still hold today. I became passionate about music and my cello. I learned responsibility and dedication. Years later it would lead me to the church. I am thrilled my son is playing with the youth symphony today. I cannot say enough good things about this program or the people involved. Thank you TCYS!"

"The TCYS was a fundamental part of my growing love for music. It was my outlet to perform with like minded individuals in my community. I enjoyed the sense of friendship through music that was always apparent throughout my time as a member. Playing the music, really was just the cherry on the top for me. It gave us the chance of a lifetime to perform works of music that we only dreamed of playing. My favorite performance was of Leonard Bernstein's "West Side Story". Not only was this piece fundamentally challenging, but it gave us an opportunity to record our performance professionally."

Currently the Motion Picture Arts Resident Artist at the Interlochen Center For The Arts teaching the art of film sound design, including Foley Recording, Audio Mixing and Editing, and Post Production. 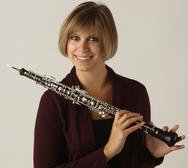 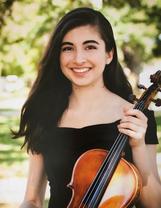 "TCYS inspired me to pursue a degree in music and helped prepare me for collegiate orchestra! Some of the pieces we played during my time in TCYS I played again in college." 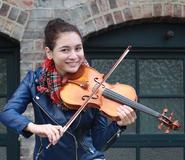 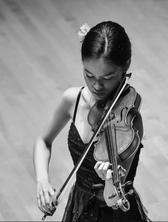 Being a part of the Treasure Coast Youth Symphony strengthened my love for music and taught me many technical skills that I would not have been able to learn elsewhere. I learned how to cooperate with other musicians, and dedicate dozens of hours toward reaching a single goal. I absolutely loved my time in TCYS and encourage anyone interested to audition!

"I'm studying clarinet under the principal clarinetist of the Arkansas Symphony and am principal clarinet of the Arkansas Symphony Youth Orchestra. I am so grateful for TCYS. I will never forget the music we made, friendships formed, and the memories of wonderful people. TCYS became my family. It grew me as a musician and a person. Because of TCYS, I grew to love Florida. Through TCYS, I met Mr. Servinsky, who was the biggest influence on my success. Through TCYS, I played some extremely challenging music, was given opportunities to gig on the treasure coast, and play with phenomenal players from around the country. Through TCYS, I could be challenged musically and learn to love what I do. To put it simple, TCYS made me love music even more. It opened my eyes to the beauty of orchestral music and the beauty of being in an orchestra. No words can pay the debt I owe to TCYS and its conductors and Mrs. Reymore. Conductors, thank you for the hours upon hours of work you put into rehearsal and preparation. Whenever it seems to be without fruit, please remember the lives you have changed and the people who have been transformed into actual musicians. Never stop what you do now. Mrs. Reymore, thank you for your many, many, many hours of work for the orchestra. You are the glue that holds it together. To be honest, you get the least amount attention and do the most work! Thank you so much for all you do. You may not realize it, but you have made amazing musicians because of your work behind the scenes. You deserve the standing ovation. TCYS has influenced lives all over the country. From Arkansas to New York to California to Missiouri and so on, TCYS's final product is represented in every note we play. None of this has been possible without all of you. Much much care, Taylor"

TCYS Alum, help us celebrate our 30 year anniversary. We'd love to hear about your experience in the orchestra and what you are doing now.  Thank you to those who have already responded!