John W. Enyart was raised in South America by missionary parents where he received his first musical training on the violin.  To pursue his education, the Enyart family moved to the United States where young John completed high school in Terre Haute, Indiana, and attended Indiana State University on a full scholarship.  After two years at Indiana State University, Dr. Enyart interrupted his musical studies and completed a Bachelor of Theology at God’s Bible College in Cincinnati, Ohio.  He subsequently transferred to the Conservatory of Music at the University of Cincinnati and received his Bachelor’s, Master’s and Doctorate degrees in Musicology and Music Theory with conducting and violin as areas of intense concentration.

Dr. Enyart was a member of the graduate faculty at the University of Cincinnati where he served as Concertmaster of the concert orchestra and the principal second of the philharmonic orchestra.  In addition, he was Concertmaster of both the Hamilton Symphony and Middleton Symphony Orchestras.  Dr. Enyart served as Chairman of the Music Department of God’s Bible College, Cincinnati, Ohio and Chairman of the Music Department of the Hobe Sound Bible College, Hobe Sound, Florida.

Dr. Enyart has served as Director of Musical Ministries at the Morningside Friends Church, Port St. Lucie and has played with the Atlantic Classical Orchestra of Vero Beach and Stuart.  Dr. Enyart teaches violin lessons to community students. 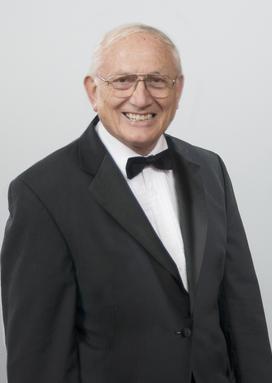