Thomas Servinsky grew up in Indiana, Pennsylvania, where his parents were both teachers.  His father, a gifted clarinetist, passed on his musical talents to his son and by the age of six, Mr. Servinsky was playing the clarinet.

Mr. Servinsky enters his 25th season with the Atlantic Classical Orchestra, and free lances with several south Florida orchestras and opera companies.  Mr. Servinsky has six recordings under the Citadel Label as assistant concert master with the Keystone Wind Ensemble.  These recordings include the entire William Schuman wind ensemble collection and the entire Leroy Anderson collection.  In addition to performing, Mr. Servinsky teaches private clarinet to advanced students throughout the Treasure Coast.

Mr. Servinsky is a graduate of the Chautauqua Institute Piano Technology program and is in his 30th year as a Registered Piano Technician.  His rebuilt pianos have been hailed by Victor Borge, Peter Nero, Roger Williams, and the Beaux Art Trio.  Mr. Servinsky has traveled world-wide as the personal piano technician artists for such as Ryuchi Sakamoto and John O’Connor, and is on staff as one of the Steinway Concert Technicians for south Florida. 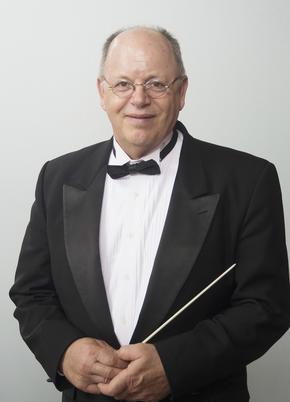